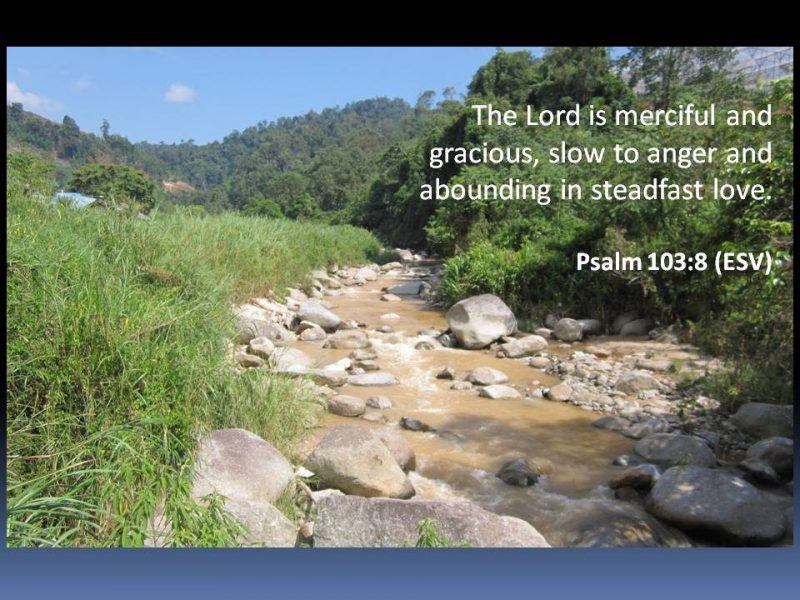 The news announced on June the 8th, 2018 was grim for the second largest group of refugees by ethnicity in Malaysia registered with UNHCR numbering almost 25,000.  They, the Chin people from Myanmar were faced with an uncertain future when UNHCR will no longer provide any protection to them as refugees by the end of December 2019.

This greatly jeopardised those remaining in Malaysia as they would no longer be eligible as asylum seekers for resettlement in first world countries where many of their relatives and friends had already been resettled. It would also mean having to return to their home country where memories of the horrors of persecution linger on. So many despaired and grew discouraged with a few even driven to the point of suicide as hope faded away. Their plight was also highlighted in the local news and social media.

The turning point came when many of the ethnic Chins who are believers in Christ turned to God for help and prayed earnestly for His intervention. The Lord heard their prayer and answered by granting them an extension of refugee protection. The UNHCR issued another statement on the 14th of Mar, 2019 that refugee protection for ethnic Chins will be maintained. (Ref: https://www.thestar.com.my/news/nation/2019/03/14/unhcr-refugee-protection-maintained-for-chins/)

Meanwhile, thousands of Chin families continue to live in Malaysia often waiting for years for their application to be approved.  A typical scenario of Chin community life in the city would be crowds of three or four families living together. They need to share a flat or an apartment in a high rise building in order to share the high cost of rent. Up to twenty people need to share a single bathroom and toilet. Christina (not her real name) makes it a point to get up early in the morning before dawn to beat the rush for the bathroom and toilet. She also sets aside time to read her Bible in the Chin language every day. She takes turns cleaning the house and bathroom on rotation with the other occupants in the flat.

As for leisure and entertainment, there is a television shared by all in the living room and very often, the choice of programmes is disputed. Christina thought it would be better to have wholesome Christian films on DVD which is lacking at the moment for these families to watch during their leisure time. Christina also misses the highlands of her homeland which she still remembers from her childhood. When the refugee-run school organised an outing during the two years of her teaching service, it brought back precious memories of the refreshing greenery and birds on the trees. How she and the other Chin refugee children long for the outdoors as they are often confined to the tiny space available in their flat or apartment!

If you are interested to know how you can contribute towards the ministry to Chin refugees from Myanmar, please do contact us.